Birth of a Vision

Late in 1990 a group of Evangelical church ministers and leaders in the British Midlands met to discuss a pastor's vision to form a Bible training institute for local Christians. A handful of church leaders decided to go ahead with the initial vision and a few months later plans to launch the new Bible school were underway. On 2 October 1991 the new Midlands Bible Institute (MBI) held its first class in a local church (a former convent, pictured).

From Training Institute to Theological College

Initially MBI offered evening classes just twice a week. Eventually a third evening of classes was added. The curriculum focused primarily upon Bible studies with some additional emphasis on practical training, for example homiletics. Courses were unaccredited and most of the tutors were local church pastors.

With the inclusion of several tutors with higher degrees in theology, by the mid-1990s MBI was developing a more formal educational approach and philosophy of education. Consequently an application was made to become a centre for the teaching of the Cambridge Diploma in Religious Studies. The Cambridge Diploma was a post A-level qualification administered by the University of Cambridge Local Examinations Syndicate, a national exam board responsible for secondary school examinations. The application was successful and for the first time students at MBI could earn a nationally-recognised qualification in theology. To reflect this academic development the name of the school was changed to the Midlands Bible College.

Also around this time the school launched its own internally-validated Knowing Your Bible (KYB) programme. This was developed over the next few years and continues to this day. Since its launch several thousand students have studied on the KYB programme. By the end of the 1990s the KYB programme was delivered primarily through distance learning via audio cassettes and workbooks. This marked the beginning of the college’s focus on distance learning studies, which would eventually come to define a central aspect of the school.

Despite the Cambridge Diploma providing students with a formal qualification, nonetheless the syllabus was written by an external body over which Midlands Bible College had no input. Thus, in 2002 work began on developing our own programme and syllabus for validation with a British university. Within several years a Certificate of Higher Education (the first year of a BTh degree) was agreed with the University of Wales, Lampeter. In the years that followed a Diploma was added, followed by a full BTh degree focusing on biblical studies and interpretation (hermeneutics). A new Master of Arts degree in theology followed later that decade.

By 2009 the college was no longer based in the British Midlands, necessitating a name change. The new name chosen was the King’s Evangelical Divinity School (KEDS). 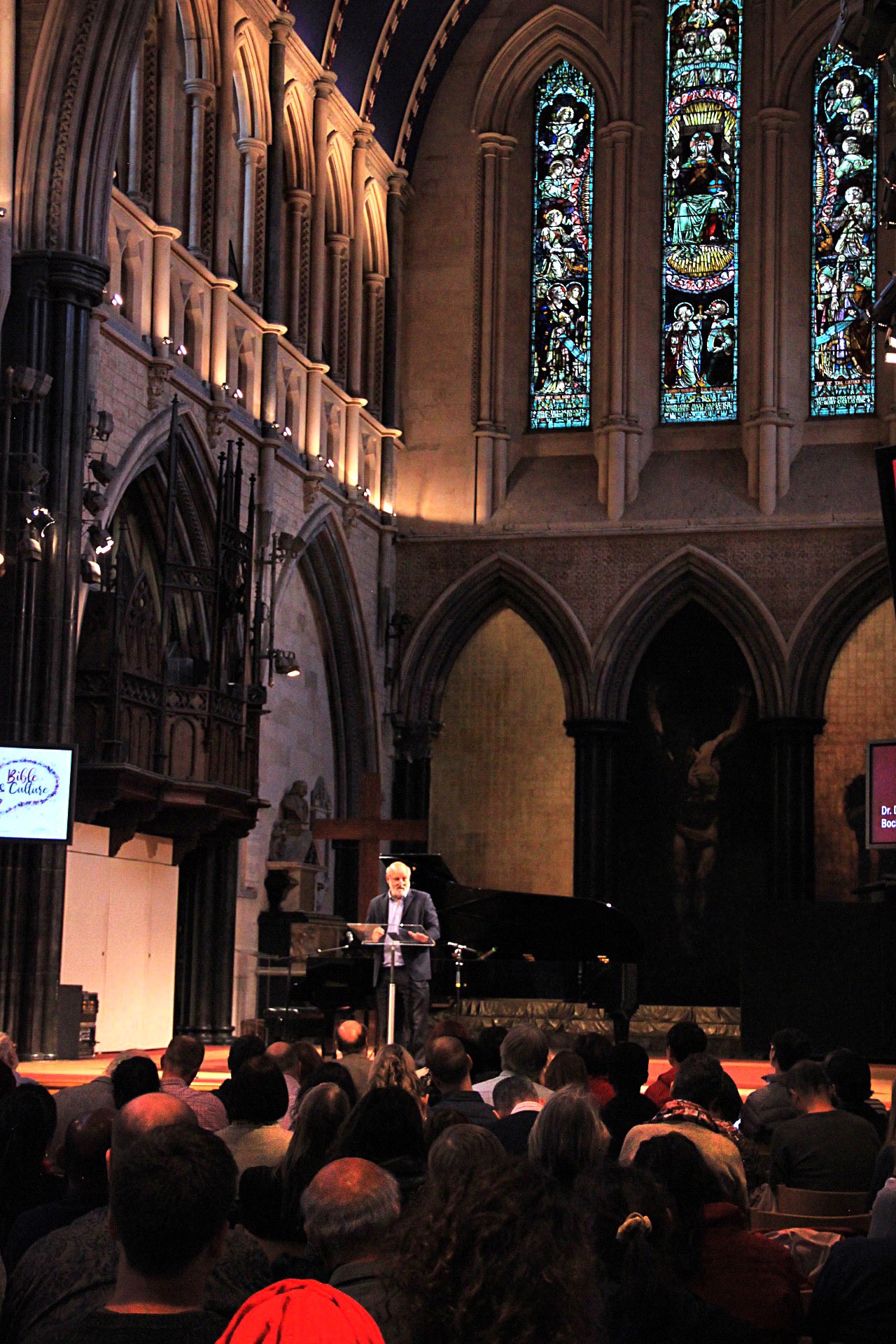 Conference held at a church in Hammersmith, London

Although the initial BTh classes were held in a classroom setting, because of the success of the KYB distance learning programme KEDS also offered a distance learning option for the degree. The school also began to develop its own online eCampus, which quickly became the primary means of course delivery. As a result of making programmes of study available online the student body began to change to include a much more international demography. Thus, when MBI launched in 1991 all students were recruited locally. Today about 60% of students come from across the UK and a further 40% or so study from overseas. Currently, aside from the UK, KEDS has students from across the European Union, the US, Australia, New Zealand, UAE and Hong Kong. Faculty and visiting speakers are likewise international in nature.

In 2010 validation of the degree programmes was moved to the University of Chester and in 2011 a Graduate Diploma in Theology was added to the list of validated programmes. More recently, an internally-validated focusing on Jewish-Christian studies was introduced, which follows a similar delivery method and pattern to that of the KYB programme.

Today all programmes are delivered wholly online through KEDS’ bespoke eCampus. However, the school has and continues to be involved in other related activities, having organised missions events and trips, study trips to Israel, Bible conferences and theological publishing.